Do transparent science and commercial interests contradict each other? Not at all!

It does not happen every day that company employees team up with academic authors and publish their findings in a high-ranked scientific journal. This, however, has happened with our novel art “CNAP2GO”, a hemodynamic measurement technology suitable for wearable devices with the potential to revolutionize healthcare.

What is the motivation of a commercial enterprise to disclose bio-engineering insights, where one might think that trade secrets should be kept tightly under lock and key in order to gain competitive advantage? In the medical device industry, business leaders still seem to believe that scientific progress for biomedical devices is completed after proper internal documentation of a market-ready product. I am not convinced of this.

Publishing the underlying basics of their biomedical research is already common in the pharmaceutical industry – a prime example for this is the exploration of COVID-19 vaccines leading to the quick success in this field. We follow this example because we also consider scientific transparency more important than trade secrets. Of course, this approach relies on global patent protection, a centerpiece and foundation of innovation in Life-Sciences.

The high medical need for a wearable device providing hemodynamics with clinical accuracy demands for good scientific practice and the disclosure of the physiological and technological background of the new method. We strongly believe: for clinical acceptance of a method, the users need a way to understand the science behind the technology.

The medical need for such wearable hemodynamic sensors with clinical accuracy is huge. Unlike fitness and health trackers without clinical validation, a medical-grade device will definitely have a positive impact on public health. Just consider two out of many possible medical applications:

The commercial enterprise behind CNAP2GO – CNSystems Medizintechnik (Graz, Austria, www.cnsystems.com) – is a scale-up company established in the field of cardiovascular monitoring. Founded more than 20 years ago, the goal was to bring new non-invasive hemodynamic products to the medical market. From the beginning until today, the company has been closely working together with universities and research groups. More than 1,000 scientific articles have been published using our products: the “Task Force® Monitor” or products using the CNAP® technology. More than thirty master theses have been supervised within our company. All this shows that science is “in the DNA” of this company.

The CNSystems-team has been able to develop a couple of trendsetting technologies such as:

Science sometimes unveils unexpected and unintended results, mostly not very welcome at the end of a product development cycle. In 2009, after first scientific and commercial success, we suffered a setback experience with a CNAP® software version including important new features. Due to a software bug, the proprietary VERIFI algorithm turned out to be, more or less, deactivated and only the VUT was in operation. This bug was identified just before market release and – at this time – was in heavy conflict with our ambitious growth plans. The timing was more than inconvenient: the start-up company had just raised money and invested in the market scale-up. For most companies, such a situation means the end of their start-up experience. CNSystems, however, could recover by focusing on its commercial basics, a scientific analysis of the problem and the development of a clinical team supporting the R&D group.

The investment into science despite economic instabilities took our products and their quality to the next level. Many innovations emerged from this process, such as:

Anyhow, excellent science is not enough. Turning science into innovation needs additional qualities like therapeutic benefits, ease-of-use and customer appeal. We are sure that these qualities will be realized in the final design of the wearable CNAP2GO. In addition, the product can build on a strong quality management fundament, compliant to USA-FDA, Europe-MDR and other international regulatory requirements. A new product, however, not only needs to benefit end-customers but must also fit in with the needs of Global-Players in the MedTech world: a product must match their world-wide strategy and their sales channels to become a success on the market. We are aware of these prerequisites for sustainable success and we are convinced that we can pull this innovation process through with CNAP2GO. We have already shown our capabilities several times before with our existing products, have a strong quality management system and are used to working with international partners.

And, finally, focus and perseverance are key qualities. Although the 2009-bug was fixed very quickly, the detailed analysis of this “support function VERIFI” and the re-launch of the CNAP® system took several months. The damage was significant and such a “Crash of Ineptitude” is a “near-death experience”[v] which I would not wish on any other startup-CEO. In the meantime, I have learned from Paul Graham’s “Startup Curve” that a “Crash” after “Releases of Improvement” and the “Trough of Sorrow” are rather the rule than the exception. This is just to let you know, if you, esteemed reader, are also considering to start a company. Only with a strong focus on your dreams and perseverance you will succeed in the economic as well as in the scientific environment. 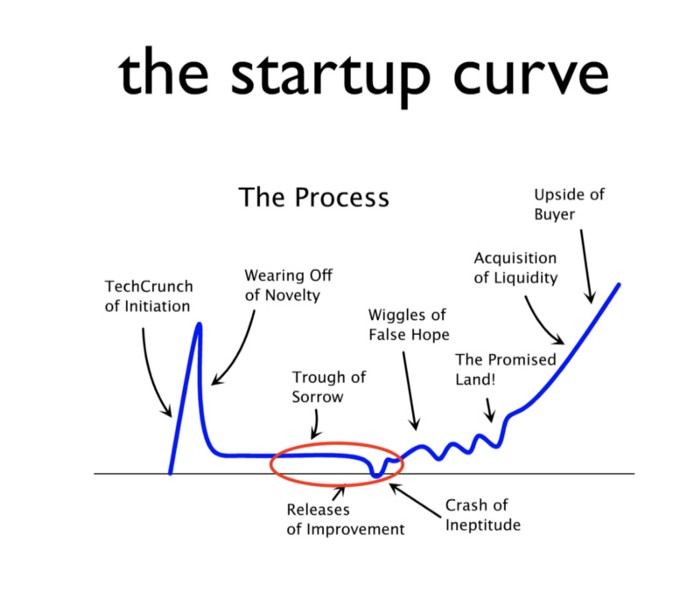 Courtesy of Paul Graham – some labels from Trevor Blackwell

Beside the team of authors from CNSystems, the team from the University Clinic UKE in Hamburg was essentially important for this research. I want to thank Bernd Saugel and Dorothea Rogge, who have designed and carried out the clinical study, supported by my CNSystems' team Doris, Katja, Julian and Christian. The Hamburg-team was responsible for clinical validation within 46 patients and also helped with the clinical, technical and physiological background of CNAP2GO. Furthermore, I would like to thank all other CNSystems' colleagues not named in the list of authors for running a smooth and profitable business and for giving me the time for these CNAP2GO research activities by keeping (almost) all distractions from me. 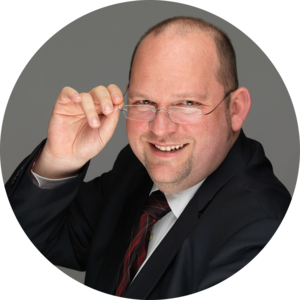