What have the Romans ever done for lithium-ion rechargeable batteries?

An answer to a fundamental question as old as nanoscience itself [1]: can macroscopic concepts and properties be transferred to the nano-regime? A real-world application in lithium-ion batteries, which have “revolutionised our lives… laid the foundation of a wireless, fossil fuel-free society, and are of the greatest benefit to humankind” [2]; A multi-disciplinary approach consisting of physical vapour deposition, PF-QNM, TEM and SEM characterisation, electrochemistry, and large-scale atomistic computer simulations. These are all ingredients of our recent study just published in Communications Materials, where we (i) identified an optimised building block for silicon anodes for lithium-ion batteries, (ii) built it with a cheap, single-step, green, and scalable cluster beam deposition method, and (iii) elucidated the underlying physical mechanism behind its growth and elastic properties with molecular dynamics computer simulations.

In one of the funniest, most memorable moments in cinematic history, John Cleese’s leader of the People’s Front of Judea in Monty Python’s “The life of Brian” asks his comrades “What have the Romans ever done for us?” in an attempt to spur them into taking action against their oppressors; instead, to his growing frustration, he hilariously receives a long list of benefits introduced to Judea by the Roman conquerors, starting with the aqueduct. Fast cut to today, and the nano-aqueduct should be added to the list, as an optimised building block for anodes of lithium-ion batteries.

The nano-version of the aqueduct structure, of course, was not introduced by the Romans, but by a very international group of researchers at the Okinawa Institute of Science and Technology, Japan, and colleagues at the University of Helsinki, Finland. This study is the swansong of the now-disbanded Nanoparticles by Design Unit at OIST; as such, it holds a unique place in my tenure as its Group Leader. What makes it even more special from a personal viewpoint is how my colleagues and I identified this structure, and attributed its mechanical properties and corresponding superior electrochemical performance to its geometrical features. As a young student I was always fascinated by stories of discoveries of critical points or specific thresholds where a physical property suddenly changes behaviour completely despite having been boringly monotonous previously. Such critical points always occurred to me as invitations that challenge science “sleuths” to solve mysteries that, at least at first glance, seem to defy some cause-and-effect correlation.

This study follows our previous work published in Advanced Science in 2017 [3]. We fabricated composite amorphous-silicon lithium-ion battery anodes grown on top of tantalum nanoparticle scaffolds (as schematically illustrated in Figure 1a). The fabrication strategy consisted of three steps (Figure 1b): first, a tantalum nanoparticulate film was deposited on a suitable support using DC magnetron-sputtering inert-gas condensation. Then, a layer of amorphous-silicon was deposited on top of the tantalum layer by RF magnetron-sputtering directly in the deposition chamber, with its thickness determined by the duration of deposition. Last, our composite nanostructures were annealed at relatively low temperatures.

It was the elastic modulus of our thin-film anodes whose values initially increased more-or-less linearly with deposition time but dropped abruptly after a specific film thickness, as measured by PeakForce quantitative nanomechanical mapping (PF-QNM). We contemplated various hypotheses of self-organised criticality, until we postulated columnar growth with subsequent clamping when the columns reached a certain height. This hypothesis was later corroborated by TEM-lamellae and SEM imaging of our samples. The combined PF-QNM, SEM, and TEM characterisation indicated that, due to the acute angle of deposition, the amorphous-silicon layer initially grew in columnar form (Figure 1b). Eventually, the columns touched one another forming nano-arches (Figure 1c), and beyond that point a continuous amorphous film was grown on top of the columnar features (Figure 1d). The annealing step facilitated the surface annihilation of voids grown within the columnar but not the continuous regions of the films, accounting for the drop in elastic modulus values of thicker films.

We named the resultant nano-architecture the nano-vault; the name alludes to the civil engineering definition of a multi-arch structure sustained on columns, characterised by its high elastic modulus. We found that its vertical repetition by subsequent alternating deposition of nanoparticle and amorphous-silicon layers (forming the so-called nano-aqueduct and beyond) enhances not only the stiffness of the structure, but also its electrochemical performance. As a result, silicon anodes in lithium-ion batteries with piled-up nano-vault structures simultaneously show high mechanical stability and low lithium consumption during formation of solid electrolyte interface, addressing the two main challenges for silicon anode commercialisation.

Most importantly, our design can be readily adopted or adapted for other similar but scaled-up fabrication techniques. Fabrication of columnar thin films via physical vapour deposition is a mature and commercially viable technology [4], which adds to the attractiveness of our prototype in terms of accelerated materials value chain (from discovery to deployment). The introduction of vaulted structure and arch action brings numerous possibilities in the design of new materials for batteries but also for other applications in which the surface is under variable and strong stress action (e.g., hydrogen storage media, or bio-implant scaffolds, etc.). We aspire that our work will interest a broad readership within the materials science, nanotechnology, and energy communities, and motivate further research on nanoparticle-based sculptured thin films, providing inspiration for applications that even we haven’t come up with yet. 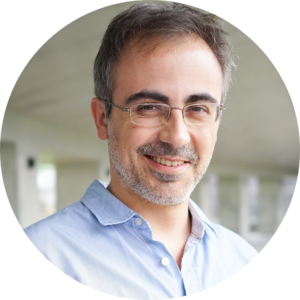