The social network of colloidal gels

I discuss the story behind our recent Nature Communications paper demonstrating that colloidal gel elasticity arises from the packing of clusters – a problem solved by applying graph theoretic approaches similar to those used to study social networks.

Particle gels are a class of soft materials that show up in many products — just about any time fine (colloidal) solids are dispersed in a fluid with polymers. Weak but significant attractions between the particles cause them to link up in a percolated network. This gives the suspension solid-like properties — elasticity and yielding — that can either be a benefit (think: creamy yogurt) or a mild curse (gloppy fabric softener). Colloidal gels are so ubiquitous that industrial consortia, like the International Fine Particles Research Institute (IFPRI), devote projects to their study. That's where Mike Solomon and I began this work after many years of independently investigating the microstructure, micromechanics, and macroscopic rheology of particle gels.

Colloidal gels have a number of properties that can be particularly difficult to control. One is their stability against "catastrophic" sedimentation (or creaming, if the particles are buoyant). A gel will remain fairly uniformly distributed in a container for days or weeks, but then in a short span of time, collapse to a concentrated mass. Testing for such behavior is laborious and difficult, but the shelf-life of products ranging from foods to agrochemicals depends on it. Nevertheless, even the origin of the elastic modulus of gels remained somewhat unclear. The state-of-the-art when we began this work was the understanding that many gels (although not all of them) were composed of clusters of particles, which became the microstructural building blocks that propagated stress and strain. Understanding these clusters became the most obvious route to controlling their properties, such as the ability to withstand collapse.

After Mike and I recruited two very talented students, Kathryn Whitaker and Lilian Hsiao nearly ten years ago or so, we all set about to create a model gel which could be used to measure all of its critical physical properties: the particle interactions (using laser tweezers), the microstructure (by confocal microscopy) and the rheology. The work was a success, and our results hinted at confirming the picture that theory groups had hypothesized: rigid clusters of particles made up a network that set the macroscopic properties, like the elasticity. The confocal micrographs quite clearly showed clusters of dense particle regions surrounded by fluid.

Now there's the rub; we could see the clusters, but we really couldn't identify them. Where does one cluster end and the other begin? How are they connected? How much volume does each cluster take up? The spatial distribution of clusters and their contacts are the key properties that, according to theory, determine the gel elasticity. But without actually being able to identify the clusters, we could only implicitly confirm this understanding. It all seemed consistent, but we lacked definitive proof.

The team mulled over this quandary for some time. Then Jim Swan and his student Zsigmond Varga got involved, which led to our big breakthrough. First Jim and Zsigi performed computer simulations based on all of the parameters of the model system. Their results captured the experiments with exceptional quantitative fidelity, including the structure and rheology. Second, with the higher resolution of the simulation data, Jim developed a means to identify the clusters using graph theory by essentially constructing the "social network" of each particle. This particular abstraction could then be used to clearly identify individual clusters. For the first time, we could "see" these fundamental building blocks, and measure their spatial distribution and contacts to fully describe the elastic modulus of the whole gel, in beautiful agreement with theory.

The work of a great team of students and PI's and some persistence led us to these results — a small but substantive view of the sublime physics underlying soft materials that surround us and make up a wide number of important products. With this better understanding of the building blocks of colloidal gels, we have the opportunity to engineer their properties, especially during processing. The graph theoretic tools also stand to play an increasingly important role of finally "seeing" structure in these and other amorphous soft solids. 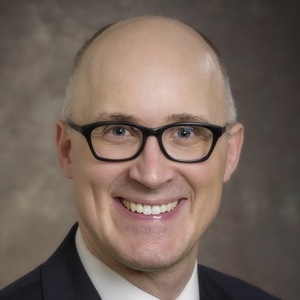 Professor of Chemical and Biomolecular Engineering, University of Delaware