This paper is about an electronic device relying on an electron transporting polymer and a catalytic enzyme.

The biosensor field has grown enormously since the first demonstration of a biosensor by Leland C. Clark, Jr. in 1962, with enzymatic glucose biosensors being a true market success story. Traditionally, electrochemical metabolite sensors rely on redox enzymes that are placed on top of electrodes alongside electron transfer mediators. The task of the electrode is to transduce the biological signal from the metabolite reaction into electrical output. But it can only do this properly if it communicates well the enzyme. If the electronic material were engineered in such a way that it did not hinder the activity of the enzyme while also keeping it close to its conjugated backbone, it would be able to harvest the electrons and generate an electrical current that could then be easily read. Such a material would be ideal for sensors because it would itself act as an electron mediator but also transporter, simplifying its integration into microfabricated circuits.

We discovered such a material during our search for soft conducting polymers that can conduct both ions and electrons. This was an electron transporting (n-type) polymer belonging to a polymer family used for decades in organic electronics but not for its redox-active properties. Our trick was to incorporate hydrophilic side chains into the polymer backbone to enhance ion transport/injection and facilitate enzyme conjugation. We made a micro-scale transistor comprising this n-type organic semiconductor in the channel and used the same material as the gate electrode coating. As we covered the transistor active area with glucose oxidase, the current flowing in the micro-scale n-type polymeric channel increased with each tiny drop of glucose that we added into the measurement solution – a saline buffer. When we replaced the buffer with saliva, the sensor reacted only if the saliva contained glucose. We could control the sensitivity and concentration range that the sensor could detect by changing the operating parameters, such as how much voltage we applied at the gate and the channel contacts.

Developing such a sensor from a new material is exciting, but it is only half the story. What is equally important is to find a power source that runs the biosensor. Since the n-type polymer becomes more conducting upon the enzymatic reaction, it was the ideal candidate for an anode of a biofuel cell. The challenge was to find a proper p-type counterpart that could catalyze oxygen but not as expensive and rigid as the commonly used platinum. We screened various material combinations to complete the biofuel cell. Eventually, we found that one of our p-type polymers could reduce oxygen without forming hydrogen peroxide under physiological pH, a byproduct which otherwise deteriorates the stability of such devices. The polymer at the cathode could naturally reduce oxygen without an enzyme or a mediator. When the two polymer films were connected with a wire in a solution containing glucose, a voltage was generated high enough to run small circuit elements! Because the power of the fuel cell scaled with the concentration of the glucose, we could also use it as a self-powered glucose sensor. These results are now published in Nature Materials.

At first glance, this work may seem to be about a self-powered metabolite sensor. Rather, our aim was to harness the power of semiconducting polymers as catalysts and, once designed diligently, to show how effectively they can communicate with proteins. Using tools of solid-state physics to understand the electrochemical process that these materials undergo has been a long and truly interdisciplinary journey for us. The way that a synthetic polymer harvests electrons from a protein will open up an avenue for the development of new types of devices in which the electronic material forms peculiar bioelectronic interfaces and assemblies. We are eager to investigate these interfacial phenomena once we make other types of solid-state devices out of these materials that operate in bodily fluids. 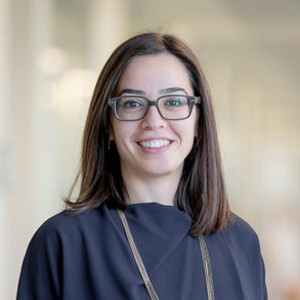