Our team used environmental TEM to provide direct evidence that hydrogen oxidation over CuO surfaces induces structural oscillations in the deeper region of the CuO lattice below the surface via cycles of ordering and disordering of oxygen vacancies in the subsurface.

The physical and chemical functionalities of oxides are often intimately controlled by the interplay between the surface and subsurface states. This is illustrated by industrial catalysis of oxidation reactions and oxidative dehydrogenation processes, in which the role of widely used oxide catalysts goes far beyond that of a simple inert spectator of the reaction because of direct participation of lattice oxygen in the reaction. In such cases, the oxide serves as a source of oxygen to form oxygenated compounds that desorb from the surface, thereby resulting in the generation of oxygen vacancies at the oxide surface. These oxygen vacancies can further migrate into the subsurface via counter diffusion of oxygen atoms from the subsurface to the surface, thus sustaining the selective catalysis. Therefore, the interplay between the removal of lattice oxygen at the oxide surface by the oxygenated product formation and the refilling of oxygen vacancies at the surface via the outward diffusion of oxygen in the subsurface plays an important role in the reaction kinetics (Figure 1). Detailed insight into such surface-subsurface interactions is needed for better understanding of the fundamental features of the reactivity and for the design of efficient catalysts. Unfortunately, deconvoluting the subsurface and surface effects has been a major challenge, and the subsurface and surface effects are therefore often investigated separately. The main challenges for probing the surface and subsurface interplay include the experimental difficulty in atomically and simultaneously resolving both the surface and subsurface regions and the long-standing challenges in overcoming the insulating nature of oxides that limits many surface-sensitive techniques based on the detection of charged particles such as electrons and ions.

Figure 1: Pictorial illustration of the chemical reaction at the catalyst surface and the subsurface region that is actively affected by the surface reaction.

Transmission electron microscopy (TEM) is not subject to such limitations and offers the opportunity to study oxides by providing precise information on the atomic scale for both the surface and subsurface. Particularly, TEM has dramatically evolved in recent years and now allows for temperature-, pressure-, and time-resolved study of the reaction dynamics by flowing a reactive gas in the sample area while simultaneously probing atomic structural evolution from the outermost surface layer to deeper atomic layers. Such an ability to capture the dynamics of structural evolution under reaction conditions is particularly important for understanding catalytic reactions because the state of the surface and subsurface of a catalyst is highly dynamic during its interaction with the surrounding.

Figure 2: (Left) Time-resolved high-resolution TEM images of the CuO lattice upon exposure to continuous flow of H2 gas at ≈ 0.5 Pa and 400°C, showing reoccurrence of superlattice contrast in the subsurface. Right: Pictorial illustration of the cyclic formation of H2O molecules at the surface induces the cyclic order-disorder transformations of oxygen vacancies in the subsurface.

In this work, our team used environmental TEM to simultaneously resolve the surface and subsurface at the atomic scale and in real time. These atomistic observations provide direct evidence that hydrogen oxidation over CuO surfaces induces structural oscillations in the deeper region of the CuO lattice below the surface via cycles of ordering and disordering of oxygen vacancies in the subsurface (Figure 2). The in-situ observations are fed into atomistic modeling, revealing that such structural oscillations in the subsurface are induced by the cyclic deoxygenation of the CuO surface via the reaction between surface oxygen and adsorbed hydrogen to form H2O molecules that desorb from the oxide surface with the concomitant formation of oxygen vacancies at the surface. By differentiating between the surface and subsurface states, these results have a broader applicability, in that they can be relevant to a wide range of phenomena that induce dynamical structural changes at the surface and their subsequent propagation to the deeper region of the bulk, such as oxidation, reduction, carburization, silicidation and nitridation, among others.

These results were recently published in Nature Communications: 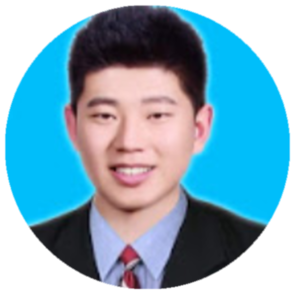