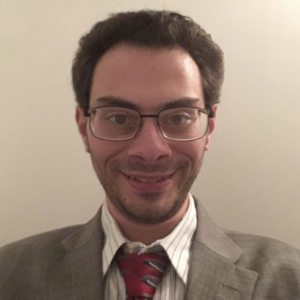 Noah T. Jafferis obtained his PhD in the Electrical Engineering Department at Princeton University in 2012, and is currently a Postdoctoral Research Associate in Harvard University's Microrobotics Lab. Noah was home-schooled until entering Yale University at the age of 16, where he received his B.S. in Electrical Engineering in 2005. At Princeton, Noah's research included printing silicon from nanoparticle suspensions and the development of a "flying carpet" (traveling wave based propulsion of a thin plastic sheet). His current research at Harvard includes nonlinear resonance modeling, scaling, and system optimization for flapping-wing vehicles; piezoelectric actuators, motors, and fans (manufacturing and modeling for optimal power density, efficiency, and lifetime); solar power for autonomous operation of insect-scale robots; and self-sensing actuation. Some of his many research interests include micro/nano- robotics, bio-inspired engineering, 3D integrated circuits, MEMS/NEMS, piezoelectrics, 3D printing, energy harvesting, and large-area/flexible electronics.

Behind the paper
Nature Portfolio Device and Materials Engineering Community
We use cookies to help improve your experience. By continuing to browse our website you are consenting to our use of cookies.
Learn more